A lovely BBC mama agreed to share her birth story in honor of her son’s first birthday! Happy birthday, Ellis!

As this was my second child, I kind of already knew what I was in for, and hopefully that also included a faster delivery this time around. My first baby, Maddie, took a whopping 23 hours to arrive, including 3 hours of active, exhausting pushing.

I was excited and calm once the contractions started. Being so far along, at some point you just want the birth to happen already. I spent the early contractions in the tub, trying to relax as much as possible. Then when they started getting serious, my husband called our birthing doula Nicole— always a calming force— to check in and update her on my process.

My contractions eventually started picking up the pace late in the evening and Nicole said it was time. So my husband called my mother-in-law to come stay with our toddler Maddie, already long asleep in her room, none-the-wiser to what was about to happen and how her world was about to be flipped upside down by the cutest bundle on its way.

From Nicole’s calculations, I was pretty far into active labor and needed to get to the Birthing Center ASAP. The plan was: she would take me in the Uber she had waiting outside and my husband would wait for his mother to arrive before meeting us there. Dressed in nothing but pajama pants and a pale blue cotton robe, I made my way to the waiting Uber with Nicole steadying me to the curb, stopping and breathing with me through each contraction, now coming down faster and more intense.

There wasn’t much traffic on the way, but there were POTHOLES, EVERYWHERE. And the driver seemed to unintentionally hit ALL of them on the way. Between the contractions and the potholes I was pretty certain this baby was going to fall out of me in the car. Nicole was in the backseat with me, her eyes reassuring me that NO, we would NOT birth this baby in the back of this car, not on her watch, as her voice said calmly, “that’s right, find your breathhhhh…”

About 17 excruciatingly long minutes later, we arrived at the Birthing Center and after an initial intake exam by the midwife on duty, we settled into the birthing room. They got the tub ready for me, after knowing I liked working through the contractions in the water the last time around. Finally my husband arrived and greeted me. I was in the tub facing down another set of contractions. Someone asked me if I wanted to BIRTH in the tub as well. I couldn’t focus on anyone’s words at that point as I another contraction washed over me.

At one point one of the midwives said, “if she’s going to give birth in there, there are some things we need to do first…” At that point between the pain of the contractions and feeling of something BIG about to happen I screamed out to no one in particular, “I DON’T CARE WHERE I BIRTH!!” Looking back on it now, that was definitely one of those Hollywood, screaming birthing lady moments. At that point I’m pretty sure my water broke. I felt a HUGE pressure, then a burst. Then a bit of relief. No one noticed because I was still in the tub.

After they helped me out of the water and onto the bed, they were all concerned that my water hadn’t broke yet. I told them about the pressure and burst and then everyone realized it had happened in the tub. Then within 10 mins (which for me felt more like like an hour), I had a few more contractions and then the urge to push and then, he was here. My son, Ellis Lightman, born 4am, April 6, 2015. 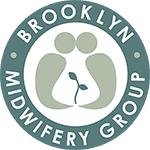 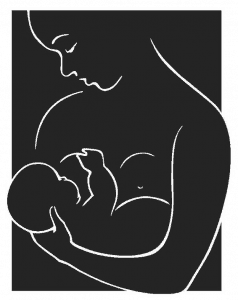